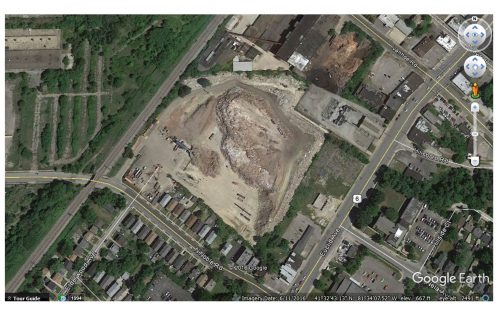 In cooperation with the City of East Cleveland, the Cleveland Division of Air Quality, the Cuyahoga County Executive’s Office, and the Ohio Environmental Protection Agency, CCBH participated in the cleanup of the ARCO recycling facility at 1705 Noble Road in East Cleveland.

OVERVIEW
CCBH has been a delegated authority of the Ohio Environmental Protection Agency (OEPA) for over twenty years, administering the solid waste and materials management-related programs. One of the programs involves the oversight of facilities that process or dispose of construction and demolition debris (C&DD). Although the processing, or recycling, facilities are considered excluded from current regulation per Ohio Administrative Code 3745-400-03(C), CCBH staff visit these operations on a regular basis to verify that the facility is being operated in a manner that is protective of health and safety.

In April 2014, ARCO Recycling, Inc. (ARCO) commenced a recycling and processing operation at 1705 Noble Road, East Cleveland, Ohio. ARCO originally submitted a business plan by which it proposed that construction and demolition debris was to be accepted and processed within thirty days of receipt to separate clean hard fill, scrap wood, and scrap metal from the remainder of the debris. The clean hard fill, scrap wood, and scrap metal were to remain on site temporarily, and all other debris was to be removed and properly disposed of in a landfill.

Since June of 2014, CCBH staff have routinely conducted site assessments and investigated nuisance complaints as necessary at ARCO Recycling, Inc., 1705 Noble Road, East Cleveland, OH 44112 (“The Site”). Along with representatives from the OEPA, CCBH staff walked the site generally on a biweekly basis to verify that only construction and demolition debris was being accepted, and ensure that the C&DD was being placed within the property boundary of the facility. CCBH also reviewed record-keeping documents to determine the amount of incoming and outgoing material, and make general observations about the overall condition of the site.

On January 17, 2017, OEPA issued a Notice of Violation and Director’s Final Findings and Orders to the business owner, ordering it to stop accepting waste and immediately remove all C&DD from the facility.  ARCO was given fourteen days to remove all of the debris from the site for proper disposal.

The order was the result of many inspections which indicated that the facility was not operating as a C&DD recycler, but rather as an illegal disposal facility. While the facility closed, none of the 230,000 cubic yards was removed. OEPA then asked the Ohio Attorney General’s office (AGO) to pursue a legal remedy.

On June 5 and June 27, 2017, the AGO filed a Partial Consent Order with the Cuyahoga County Court of Common Pleas. ARCO agreed to give up its rights to all C&DD on the property and to provide full access to the site for the duration of the removal work. ARCO is also required to reimburse OEPA for all funds used to remove the debris and conduct air monitoring. The document also allows OEPA to seek civil penalties at a later date.

POTENTIAL HEALTH & SAFETY ISSUES
The property is next to several residential homes whose owners have complained of loud construction noises, dust, odors, unsightly dump piles, and the possibility of environmental hazards.

Along with the OEPA, CCBH has been responding to inquiries from elected officials and residents concerned about potential exposure to hydrogen sulfide gas, methane, volatile organic compounds and carcinogens, fugitive dust/particulate matter, and asbestos.

The OEPA and CCBH are monitoring the site on a weekly basis for air pollutants and nuisance conditions that would affect those in the surrounding area. While air pollutant levels are well below minimum risk levels, other unacceptable conditions related to the waste pile still remain. 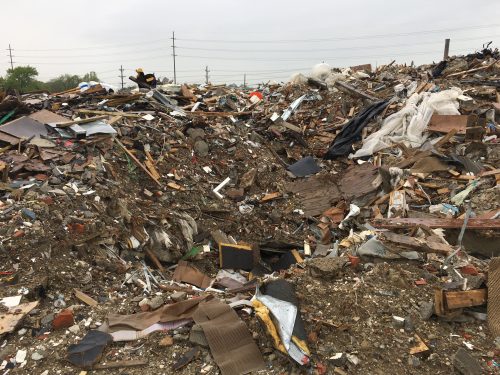 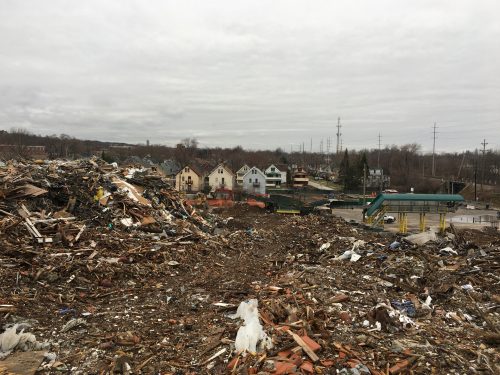 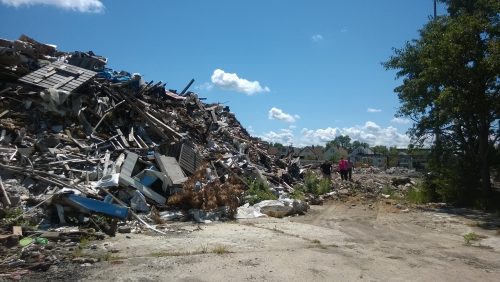 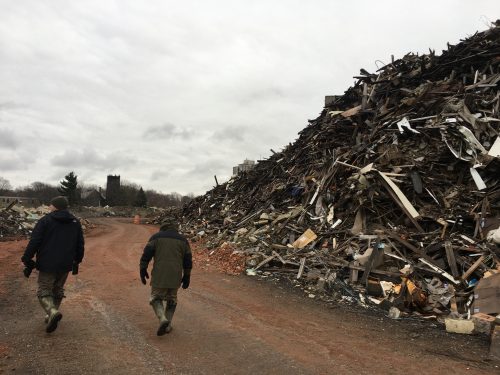 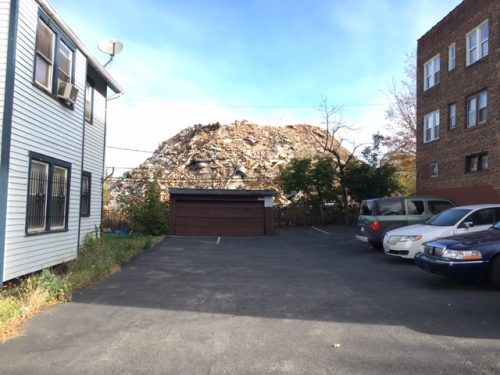 PROPERTY & OPERATIONS DECLARED A NUISANCE
On May 24, 2017, the CCBH Board passed a resolution and adopted findings of fact declaring the property at 1705 Noble Road East Cleveland, Ohio and the ARCO operations to be a nuisance under Ohio law. The Board issued an order that the nuisance be abated. Further, the Board’s Order provides that pursuant to ORC 3707.01, if the property owner or operations owner is unwilling or unable to abate the nuisance, that the Board could take steps and actions to abate the nuisance provided that there are sufficient funds available from other sources.

FUNDING FOR CLEANUP
The OEPA has secured funding for the cleanup, and also obtained access to the site and the material placed on it.

CLEANUP PROCESS
The abatement process will be split into two or more phases. Phase I will consist of the removal, transporting, and processing of hard fill material. The amount of hard fill material on site has been estimated at approximately 82,000 cubic yards. Planning has begun for Phase II of the project, involving the removal of the remaining 148,000 cubic yards of C&DD.

CCBH has been in frequent communication with OEPA and plans to assist with the abatement project in the following ways:

As the local branch of public health that is concerned with all aspects of our natural and man-made environment, we work daily to safeguard the health of the residents of East Cleveland and surrounding areas. With the financial and technical assistance of the OEPA, CCBH will be able to take the steps necessary to permanently resolve this public health nuisance.

Please follow the links below to see aerial photos of the property which detail the progressive removal of debris. The material removed was contained in the area highlighted in yellow.

Please follow the links below to see ground-level photos of the progressive removal of debris. 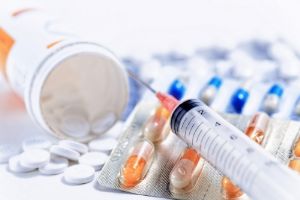 Opioid Use and Misuse 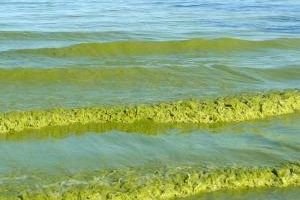